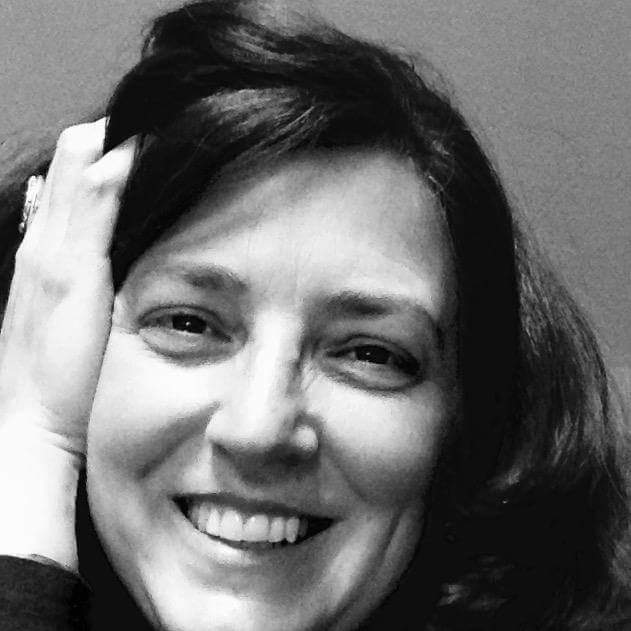 Joanne creates one-of-a-kind handbags inspired by the elements of cubism, the desire to create a great purse, and her stewardship of the planet. Her company is driven by her compassion for indigenous young people in need of funds for education. Her enthusiasm for the creative process leads to a unique finished product. All mined reCREATIONS accessories are handcrafted from reclaimed garments and benefit young people held down in systemic economic oppression; essentially breathing in new life to create something wonderful. In 2006, when Joanne met the Marimba Kids from the Soweto area of Johannesburg, South Africa, she connected with 6 young female members of the band and their personalities touched her. In speaking with these young women, Joanne saw a chance to blend her passion for design and her drive to save the environment, with her desire to create opportunity for those held in economically challenged structures.

Joanne studied political science and economics at McMaster University completing her advanced thesis on major recycling systems and achieved a post graduate professional designation as a CFP, working in personal finance for over 20 years. At age 35, after 5 years of testing and trial making of upcycled handbags, Joanne launched mined reCREATIONS.

Joanne Jones, of mined reCREATIONS, is an artist “in the jeans”. Memories of hugs from parents dressed in denim have led to Joanne’s attraction to the fabric and she instills this warm touch and approachable aesthetic into each handbag.

mined reCREATIONS: Where fashion is meaningful, and style has a cause.